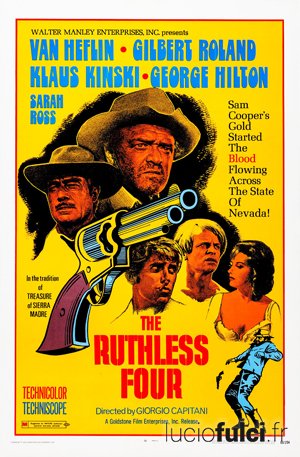 On July 5, 1967, Lucio Fulci was briefly announced to direct this western following the adventure of four gold diggers that was to start shooting the next moth in Roma. Ultimately, the film would be directed by Giorgio Capitani, who fills his only offering in the « genre » with a great cast: Van Helfin, Gilbert Roland, Klaus Kinski and George Hilton.