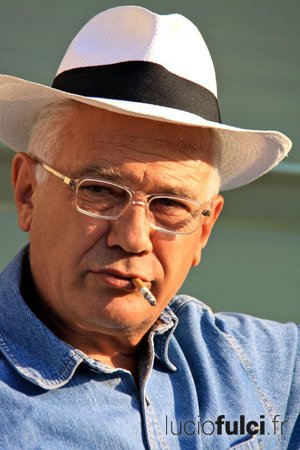 Following his first appearances on stage, Saverio Marconi played the brother of Fabio Testi’s character in Go Gorilla Go (Vai Gorilla, 1975) by Tonino Valerii. Two years later, he found recognition with Padre Padrone, the film directed by the Taviani brothers that won the Palme d’Or at Festival de Cannes.
In 1979, he obtained the part of Perlante in Contraband by Lucio Fulci and worked again with Fabio Testi at the same time. Until the mid-80’s, Saverio Marconi continued to appear on the big screen before focusing fully on the stage.

How were you hired for the part of Perlante in Contraband?

Lucio had seen my movies and he called me. We met, and he was immediatly convinced that the part was for me.

How was Lucio Fulci with you. He had a strong character. I guess you didn’t know him before…

Everybody used to say that he had a very difficult personality, but he was always cordial with me. We got along very well immediatly. He understood that I had great esteem for him.

In Contraband, you acted again with Fabio Testi after having played his brother in Go Gorilla Go, a film by Tonino Valerii. How was working with him on the set?

Go Gorilla Go was undoubtedly my first important part in a movie. Working again with Fabio was a true pleasure, and we have stayed friends after the shooting. 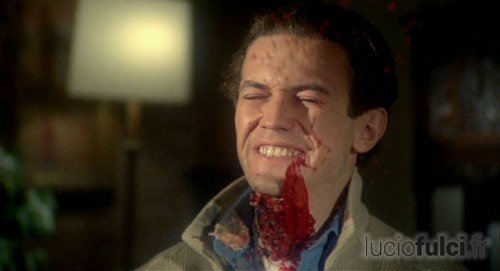 Perlante dies violently, as his throat explodes. The scenes with special makeup effects often are painful for actors. How was with you?

I’m a little bit annoyed when I remember this scene, because the first take was not good and that was my fault. I died too quickly, and as we shot the scene in slow motion, the effect wouldn’t be great. So they put me make-up once again, and the second take was the good one : this is the one you see in the movie.

What is the memory of Fulci you keep today?

I remember a man of great culture, with a rare sense of cinema: a master!