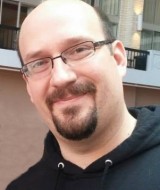 Troy Howarth is a passionate film fan ; he loves sharing his passion with others and you can feel it in his writings. Having already published books on Mario Bava, Giallo films and horror films of the 30’s (with Chris Workman), he will publish a book about Lucio Fulci entitled Splintered Visions : Lucio Fulci […] 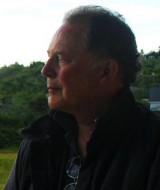 Jared Martin was born in Manhattan in 1941. Pushed by his artistic parents, he began taking drama classes for acting during his teenage years. While at the University of Columbia, he made friends with Brian de Palma, who would direct him in Murder a la Mod (1968). After that, Martin worked steadily on several TV […] 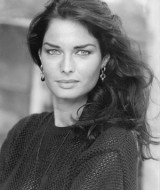 Born in Marseille of artistic parents, Lara Lamberti grew up in Germany before making herself known in the popular Italian cinema during the 80’s. At the end of that decade, she went on to a career mostly in television where she was directed by Sergio Martino, Duccio Tessari and Carlo Lizzani. In the 90’s, she […] 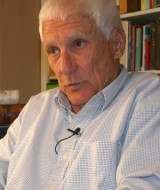 Larry Ray – actor/assistant to the producer (The Beyond)

The Beyond is without a doubt Fulci’s most famous and appreciated work. A vast number of iconic images are remembered from it : the painter’s hanging, the mysterious symbol, Emily on the deserted Pontchartrain Causeway as well as the forever beautiful final sequence. Numerous analysis and often over-interpretations have their consequences of this fame. The film’s […] 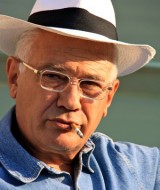 Following his first appearances on stage, Saverio Marconi played the brother of Fabio Testi’s character in Go Gorilla Go (Vai Gorilla, 1975) by Tonino Valerii. Two years later, he found recognition with Padre Padrone, the film directed by the Taviani brothers that won the Palme d’Or at Festival de Cannes. In 1979, he obtained the part of Perlante in Contraband by Lucio […] 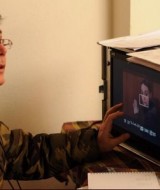 Michele De Angelis worked with Lucio Fulci on several projects in the late 80s. He was around 20 years old and had a great passion for cinema, a passion that still moves him. It’s with pleasure that he agreed to answer some questions about the man he calls his “master”. He also gave us some […]